Surgify Medical Oy, a Finnish company that develops safer surgical technology, has raised €1.4 million in funding from both domestic and foreign investors.

ESPOO, Finland (January 8th, 2021, 9 AM GMT) In addition to existing backers, among the investors in the startup’s third round were Finnish venture capital investor Innovestor Ventures, Swedish investor Peter Lindell, and well-known Finnish angel investor and healthcare entrepreneur Leena Niemistö. The funding will be used to bring Surgify’s safer surgical drill to market.

Surgify’s internationally recognised technology is intended to prevent nerve and blood vessel injuries caused by surgical drills. The company believes that their technology plays an important role in saving lives and making bone surgery safer. Furthermore, the time and money spent on surgeries could be decreased considerably. In addition to performing various surgical procedures in the head, neck, and spine areas, the technology can be used in dental procedures, as well as surgical robotics.

”The technology developed and patented by us has worked excellently in pre-clinical trials, and has prevented practically all relevant complications. We have raised the interest of leading hospitals in both Europe and the US, and the industry’s largest players have also expressed their interest in collaborating,” said the company’s CEO, Visa Sippola.

Surgify aims to reshape how surgery is performed

Surgify received a sales approval for its product in May, and since then has focused on developing its production. Potential factors contributing to the adoption of the technology in hospitals include ease of use, as well as expected reductions in surgical costs and complications.

The company’s investors see significant challenges brought about by an ageing population, prompting a growth in the number of surgical patients. Today, global costs resulting from complications with surgical drills total over €4 billion annually.

”Surgify’s technology contributes to solving major public health issues, and enables fundamental changes in the surgical market. Innovestor decided to invest in Surgify because of its promising technology and founding team, and because its mission genuinely adds value to society”, commented Innovestor Group’s partner and head of investments, Wilhelm Lindholm.

The rapidly growing startup has spent a significant amount of effort on product development and trials with numerous surgeons. The company is now bringing its technology to the market, aiming for first hospital customers in Finland and the Nordics next year, and expanding to international markets after this.

”This third investment round is an important milestone for Surgify, and, combined with the market approval and patents, positions the company well for market entry. Despite long development cycles in the medical industry, we believe that our work will pay off and that we have a good foundation for building a global business”, Sippola celebrates.

The technology was originally developed in a collaboration between Aalto University and the Helsinki University Hospital Department of Neurosurgery. The product is a safety tip that is connected to existing surgical drills. The patented safety mechanism prevents the drill from damaging important soft tissues, such as nerves and blood vessels. 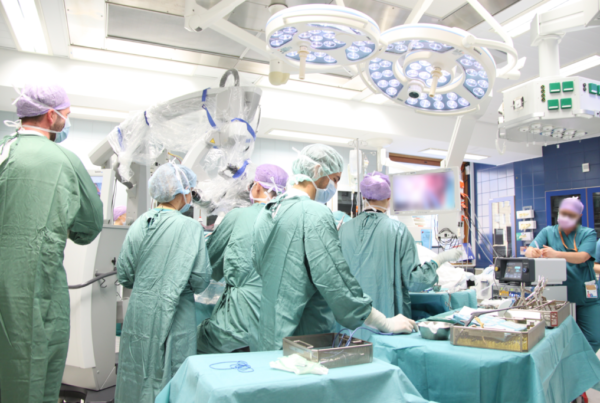 Close Menu
We use cookies on our website to give you the most relevant experience by remembering your preferences and repeat visits. By clicking “Accept All”, you consent to the use of ALL the cookies. However, you may visit "Cookie Settings" to provide a controlled consent.
Cookie SettingsAccept All
Manage consent

This website uses cookies to improve your experience while you navigate through the website. Out of these, the cookies that are categorized as necessary are stored on your browser as they are essential for the working of basic functionalities of the website. We also use third-party cookies that help us analyze and understand how you use this website. These cookies will be stored in your browser only with your consent. You also have the option to opt-out of these cookies. But opting out of some of these cookies may affect your browsing experience.
Necessary Always Enabled
Necessary cookies are absolutely essential for the website to function properly. These cookies ensure basic functionalities and security features of the website, anonymously.
Functional
Functional cookies help to perform certain functionalities like sharing the content of the website on social media platforms, collect feedbacks, and other third-party features.
Performance
Performance cookies are used to understand and analyze the key performance indexes of the website which helps in delivering a better user experience for the visitors.
Analytics
Analytical cookies are used to understand how visitors interact with the website. These cookies help provide information on metrics the number of visitors, bounce rate, traffic source, etc.
Advertisement
Advertisement cookies are used to provide visitors with relevant ads and marketing campaigns. These cookies track visitors across websites and collect information to provide customized ads.
Others
Other uncategorized cookies are those that are being analyzed and have not been classified into a category as yet.
SAVE & ACCEPT
Powered by